The Infinite, Galaxies and Science

Posted on August 14, 2015 by jeneanecommonplacebook

When you look at the sky, it’s like a connection to the infinite. Everything looks so tantalizingly close, and when you know how far away those things are, you know that you could never get to them in your lifetime.

I like looking at the galaxies, imagining something or someone being in those galaxies hundreds of million of years from now seeing you millions of years after you’ve gone. It’s things like that blows my mind.

When I think of science, I don’t just think about discovering facts or observing. I think about it as more of a philosophy and questioning everything and examining everything. It takes diligence, not just accepting what you’re being told, but carefully examining all angles of any issue. That’s the great thing about science. It doesn’t start with a conclusion and then try to fit facts in. It takes the facts and you work towards a conclusion.

Robert Smith, former Minnesota Vikings running back and science and astronomy enthusiast. His quotes excerpted from the PBS show, “Seeing in the Dark”, that aired June 2008 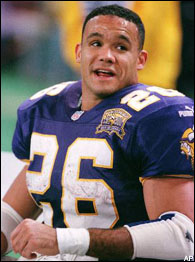 What Is a Commonplace Book? A commonplace book is someone’s personal collection of quotes, witticisms, observances, poems, and even graffiti that have inspired them, made them laugh or touched them in some way. Many famous people throughout history have had commonplace books, such as Thomas Jefferson, John Milton, Mark Twain, Henry David Thoreau, and the scientist, Carl Linnaeus. I began my commonplace books while I was in junior high school in the early 1970’s and so I have almost 50 years of quotes about such a wide variety of topics told in ways more eloquent, wise or humorous than anything I could ever come up with. And it’s wonderful that in this type of blog, I can also include some of my favorite artists and their artwork as well. I'm almost 60 years old with a daughter, 3 granddaughters, and a kitty-cat. I live in beautiful Bay City, MI. I have 2 associate degrees with additional college credits and hopefully I will be able to complete my goal of obtaining my Bachelor's Degree in Accounting. (Life keeps getting in the way). I enjoy literature, horse racing, baseball, NFL football, The Olympics, astronomy, history (particularly Irish), art, old movies, Downton Abbey, The Good Wife, Unit One, science, The Beatles, Frank Sinatra, U2, The Doors, oh and so much more! I have very eclectic and prolific interests. If you would like to check out my personal writings, please go to jeneanebehmeswritings.wordpress.com
View all posts by jeneanecommonplacebook →
This entry was posted in conclusion, examining, facts, galaxies, infinite, Minnesota Vikings, observing, PBS, questioning, quotes, Robert Smith, running back, science, Seeing in the Dark and tagged "Seeing in the Dark", conclusion, examining, facts, galaxies, infinite, Minnesota Vikings, observing, PBS, questioning, Quotes, Robert Smith, running back, science. Bookmark the permalink.